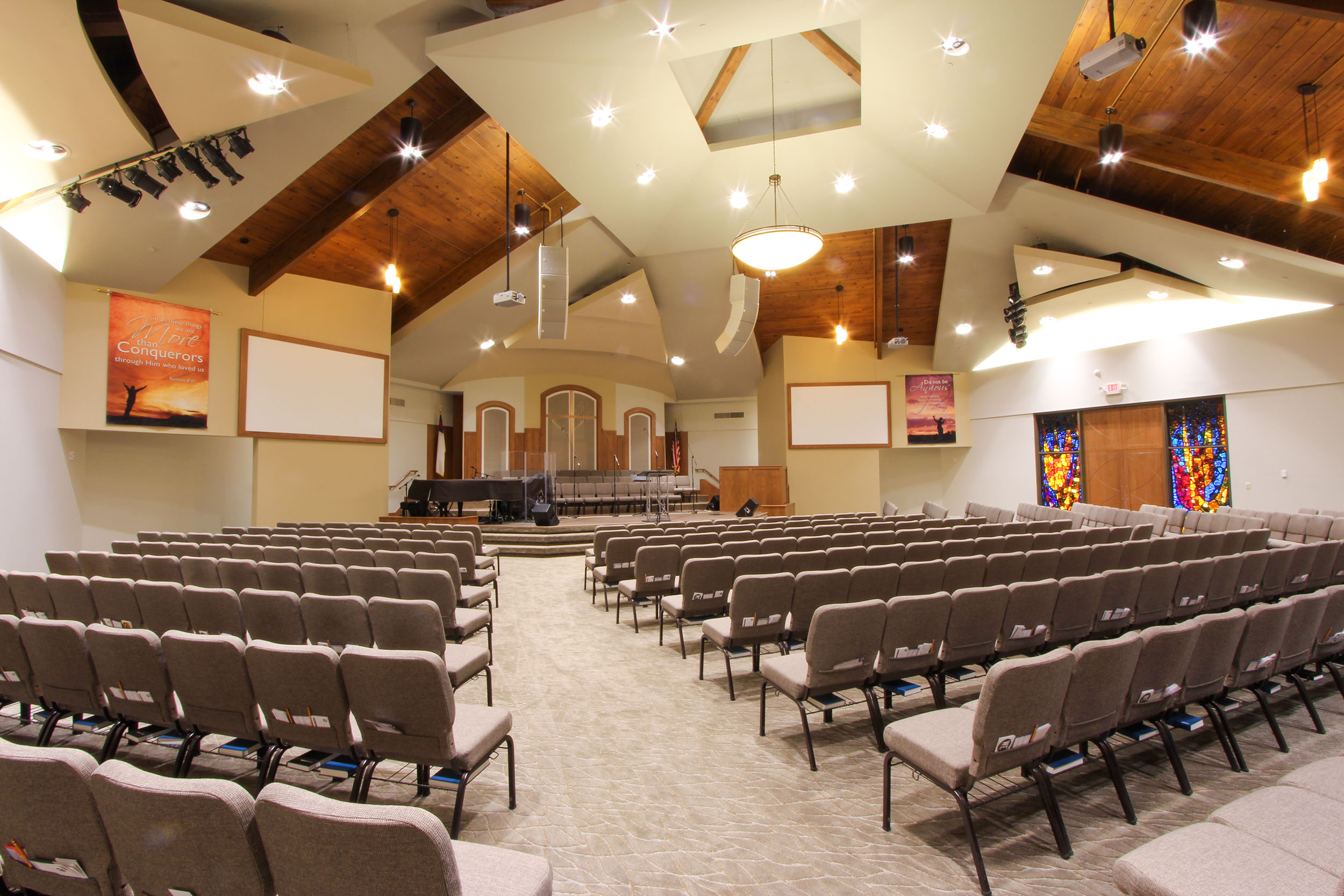 A south Tulsa church gets a facelift and eases bottlenecks throughout their campus.

Parkview Baptist Church hired TriArch to complete a master plan for their campus. The church is land-locked and their options were limited for creating expansion and growth areas. They had a dated auditorium that was buiilt in the 1960's and was in need of an update. In addition, there was no clear sense of entry from the street in front of them and their was no means for picking up or dropping off out of the elements.

TriArch developed a plan that created a paved loop around the building to minimize traffic congestion. In addition, the all-wood auditorium was selectively covered with gyp panels--allowing the richness of the old structure to peak through while giving the auditorium more light throughout. TriArch designed some playful geometric forms in the corners of the pentagon-shaped structure to create a sense of front and back. The organ pipes had been buried behind sound cloth and they were exposed with scrim screen for a more authentic solution. Finally, a large entry/gathering area was added to the front of the building so that it was more inviting at the street. 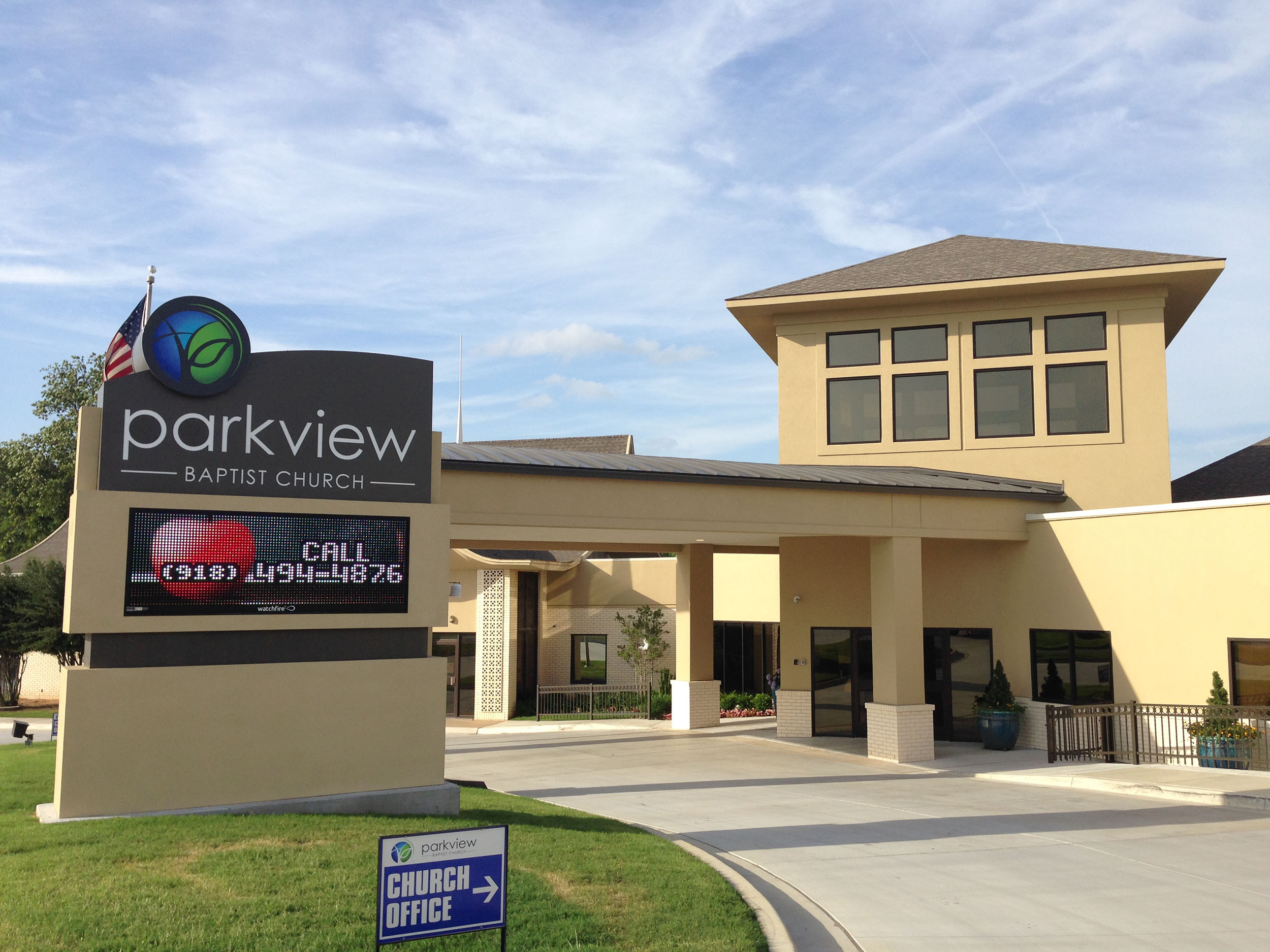 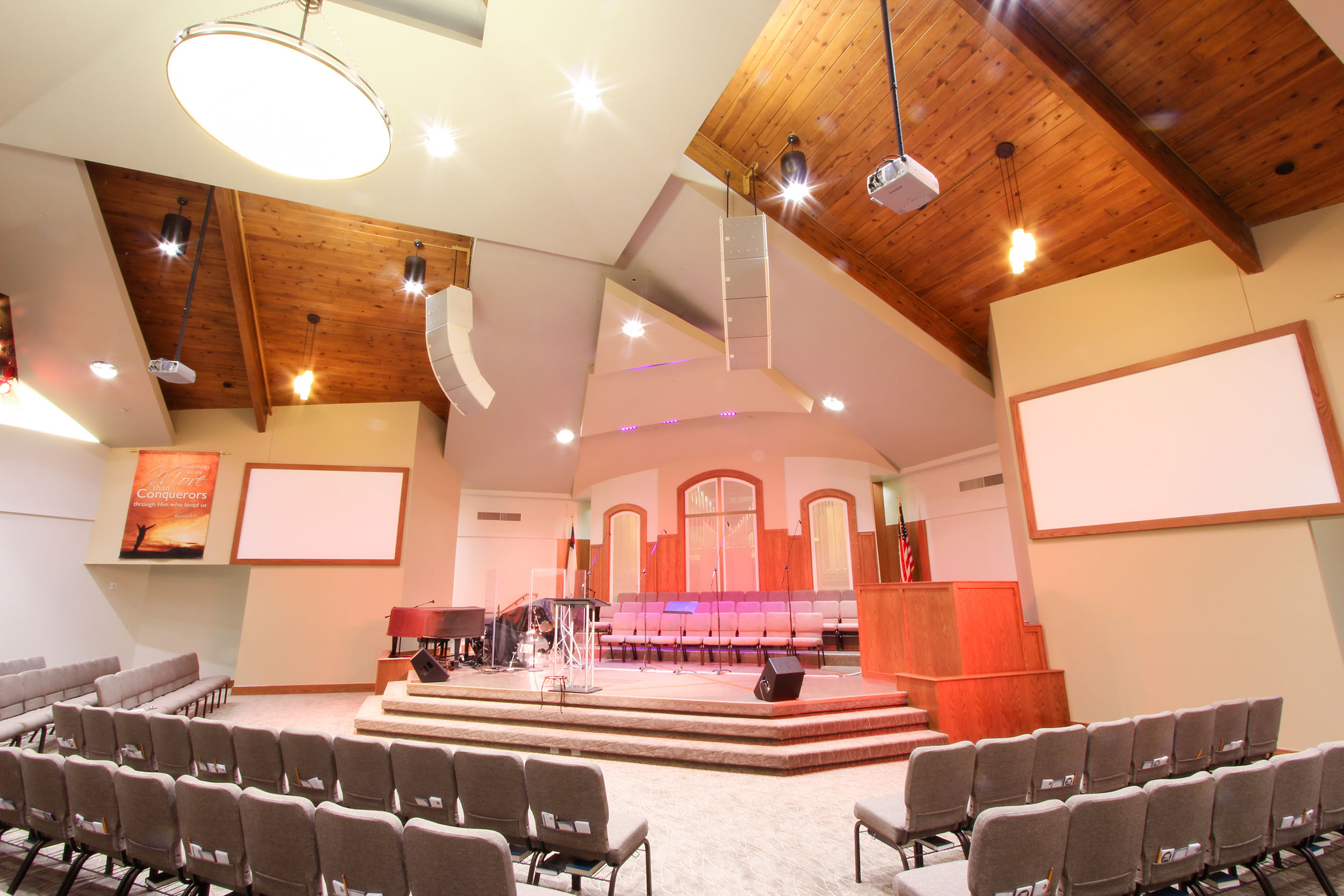 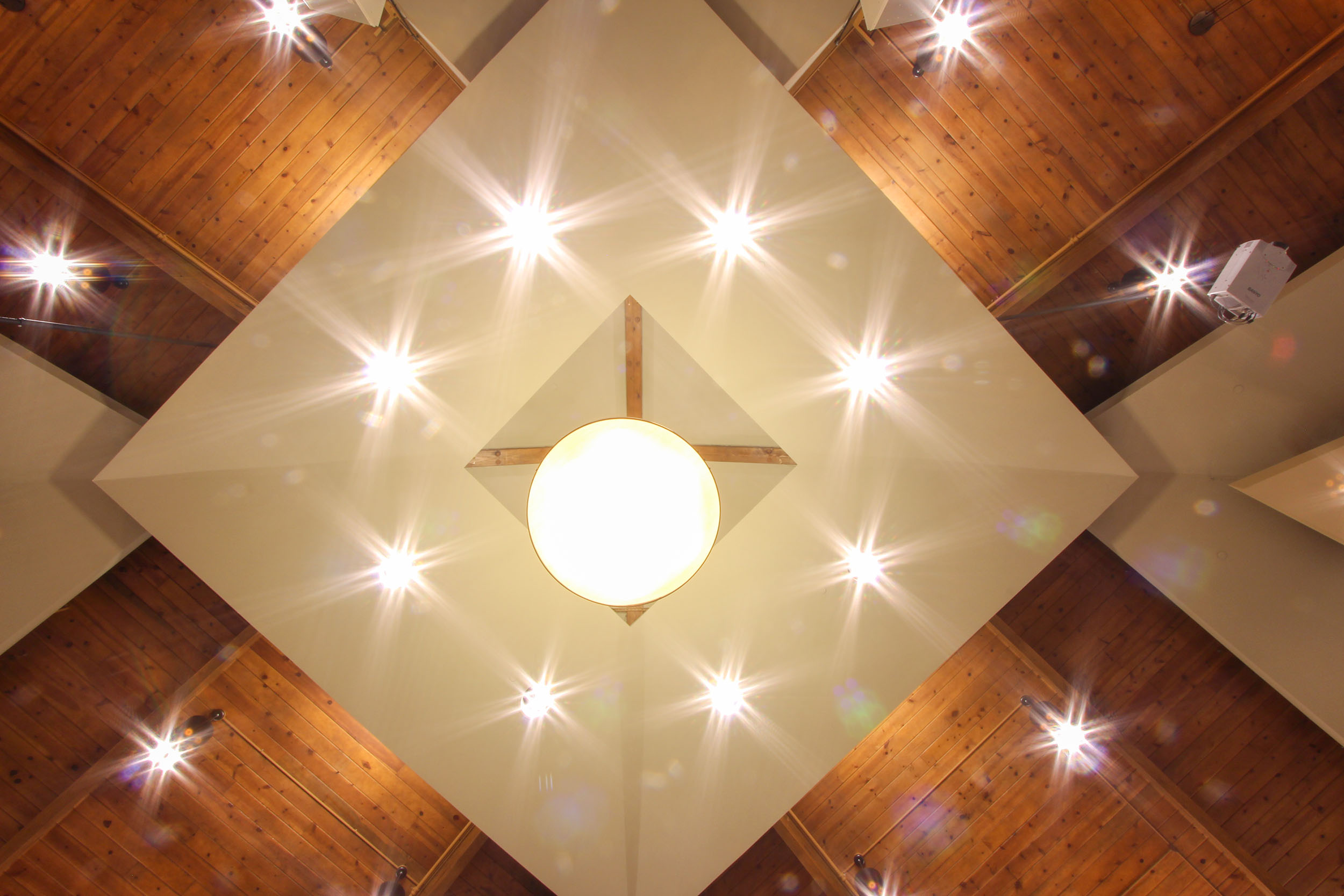 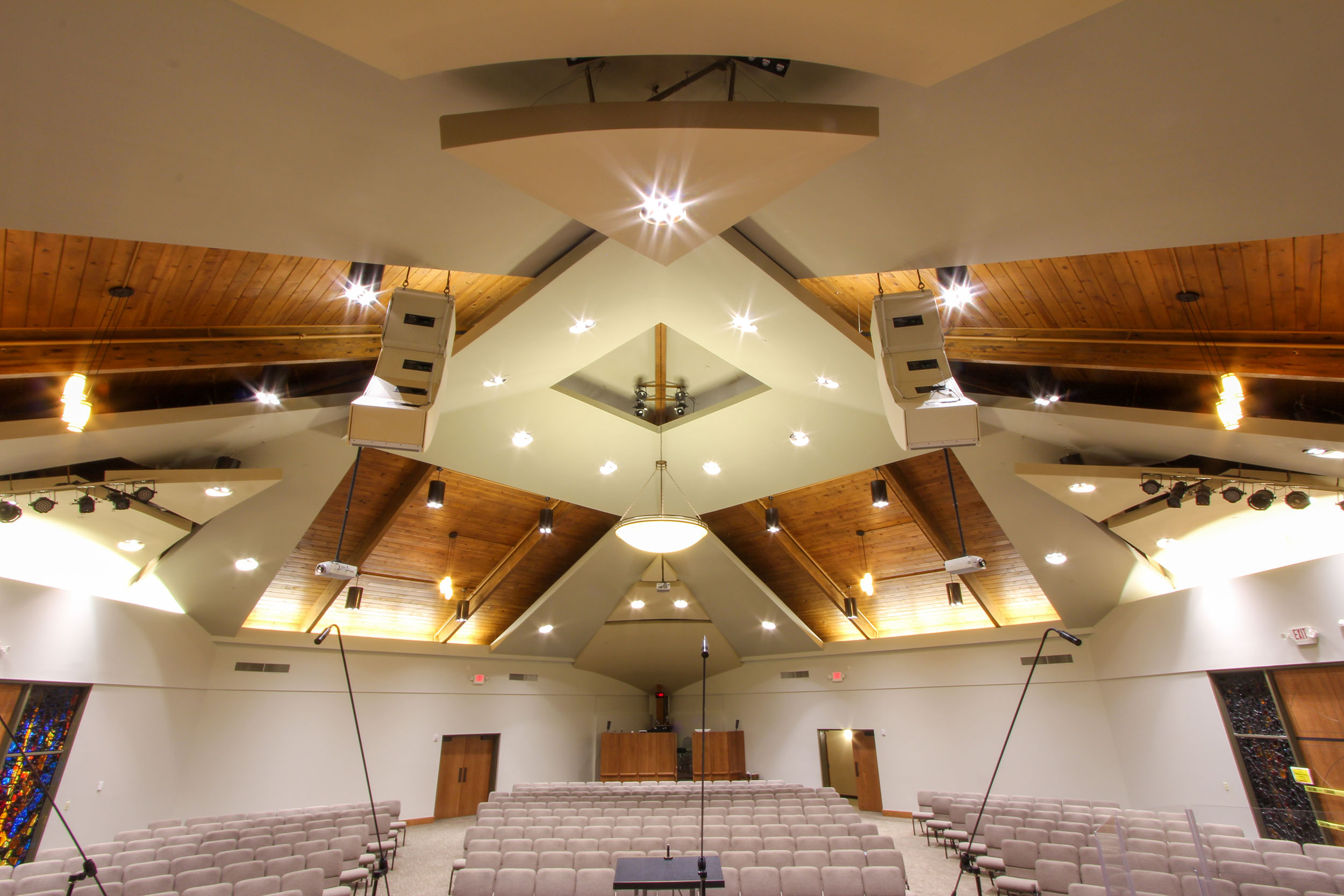 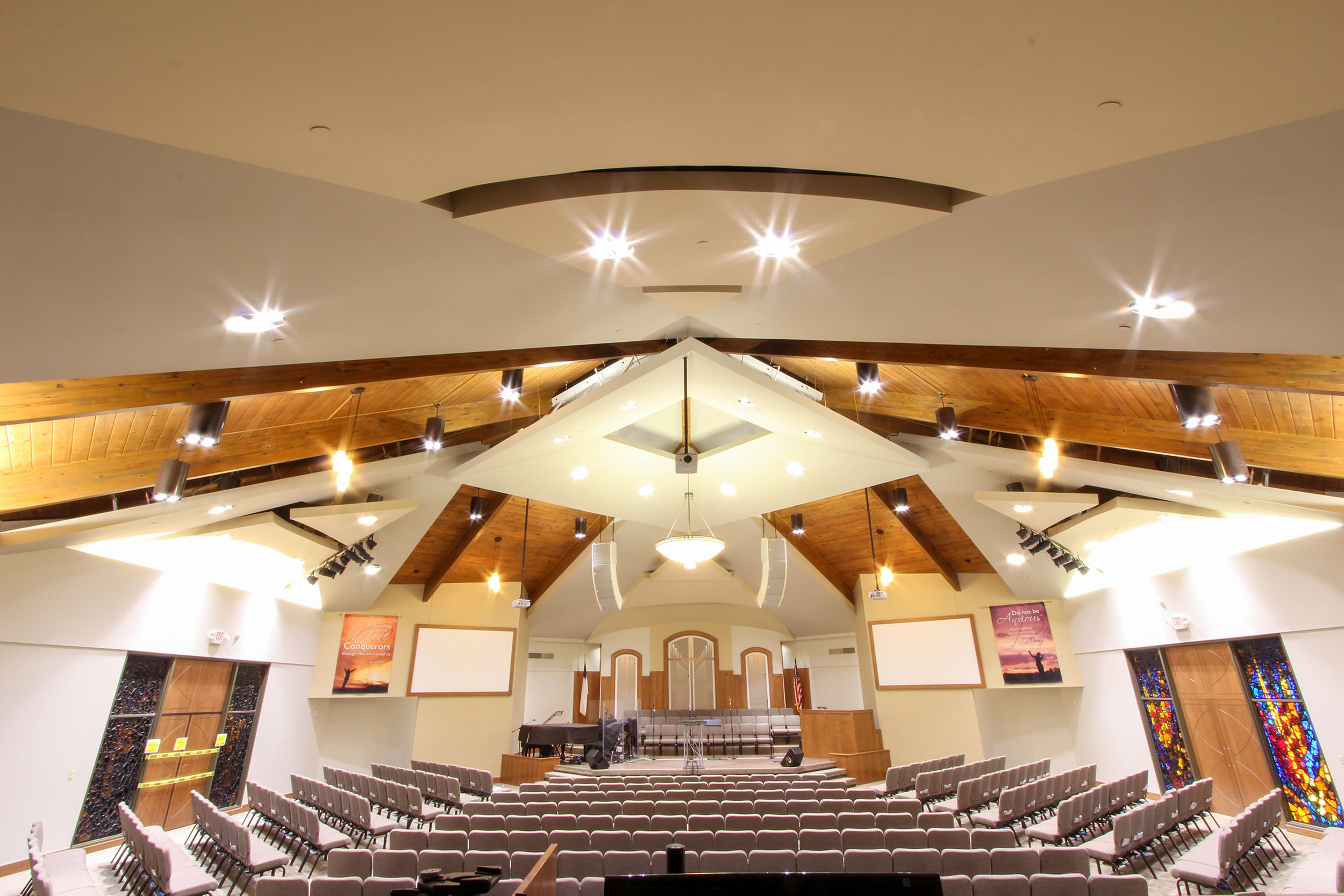 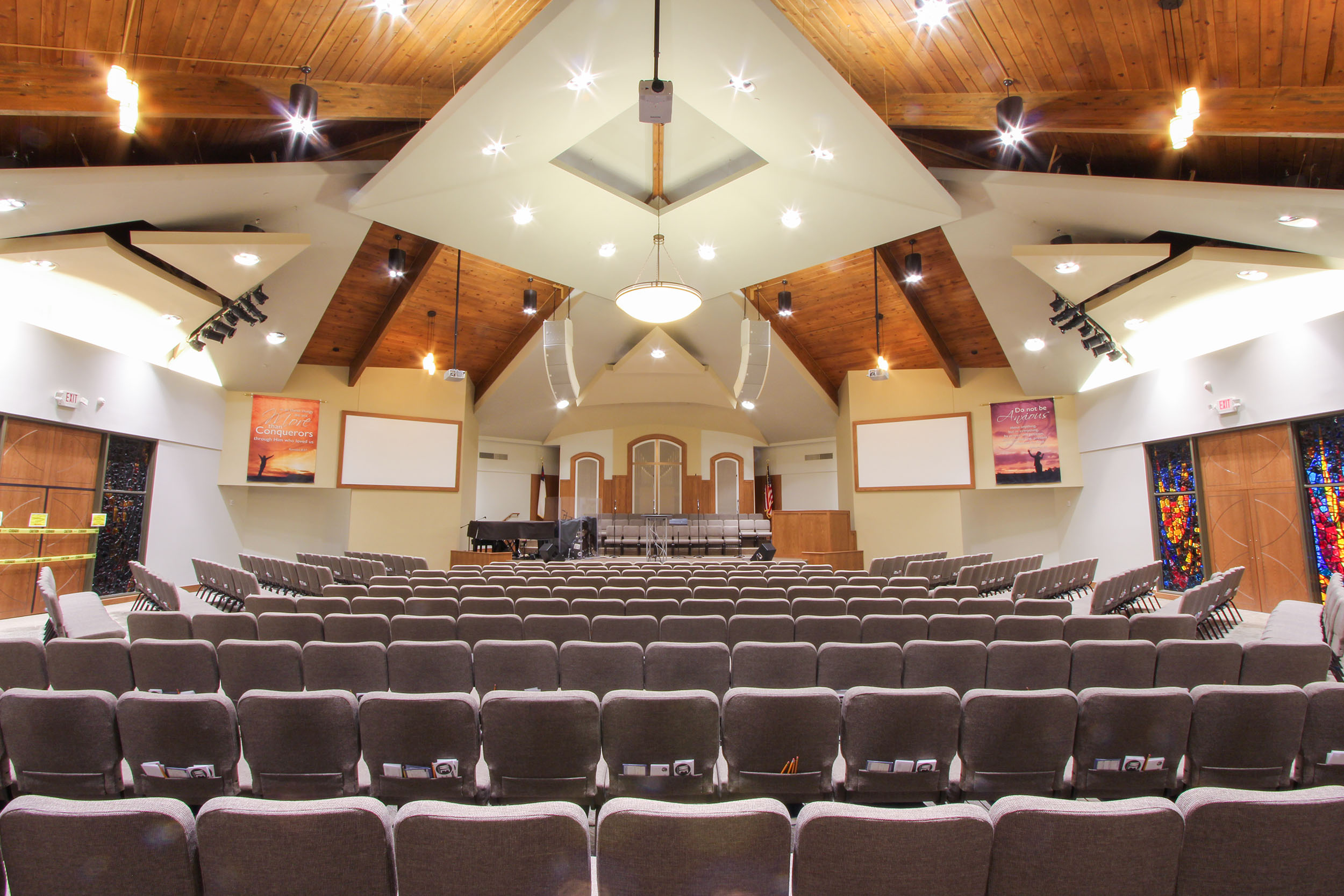 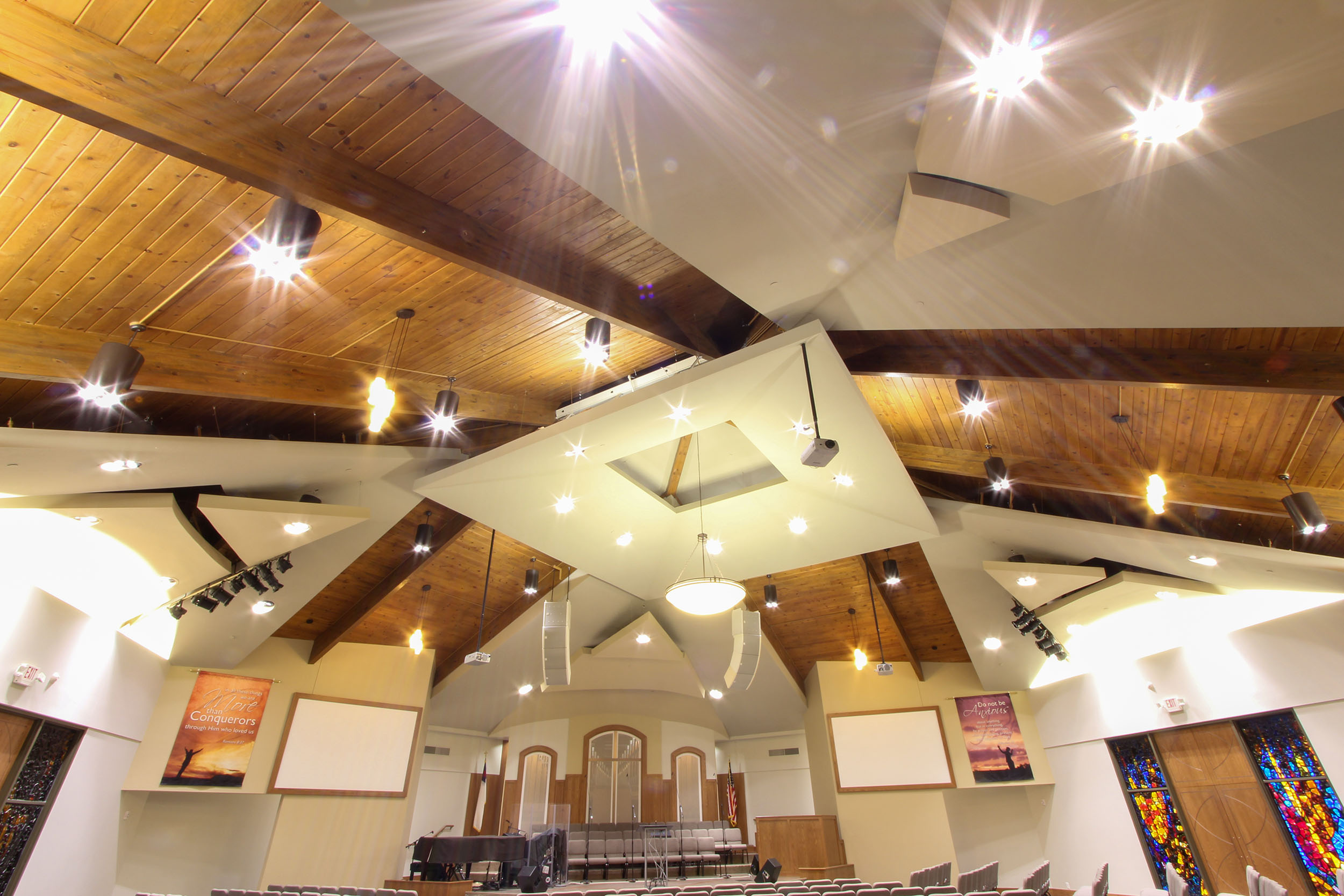 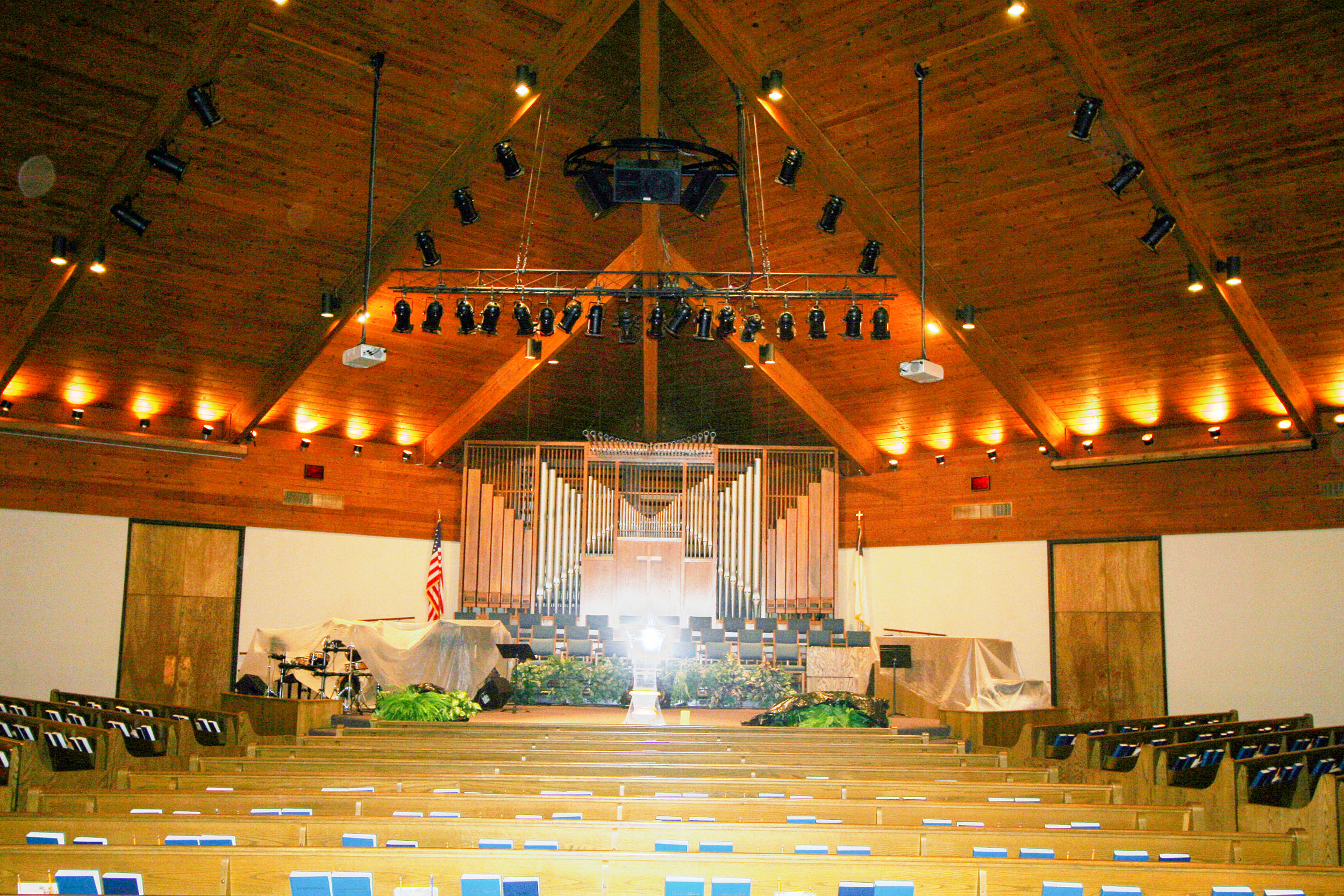 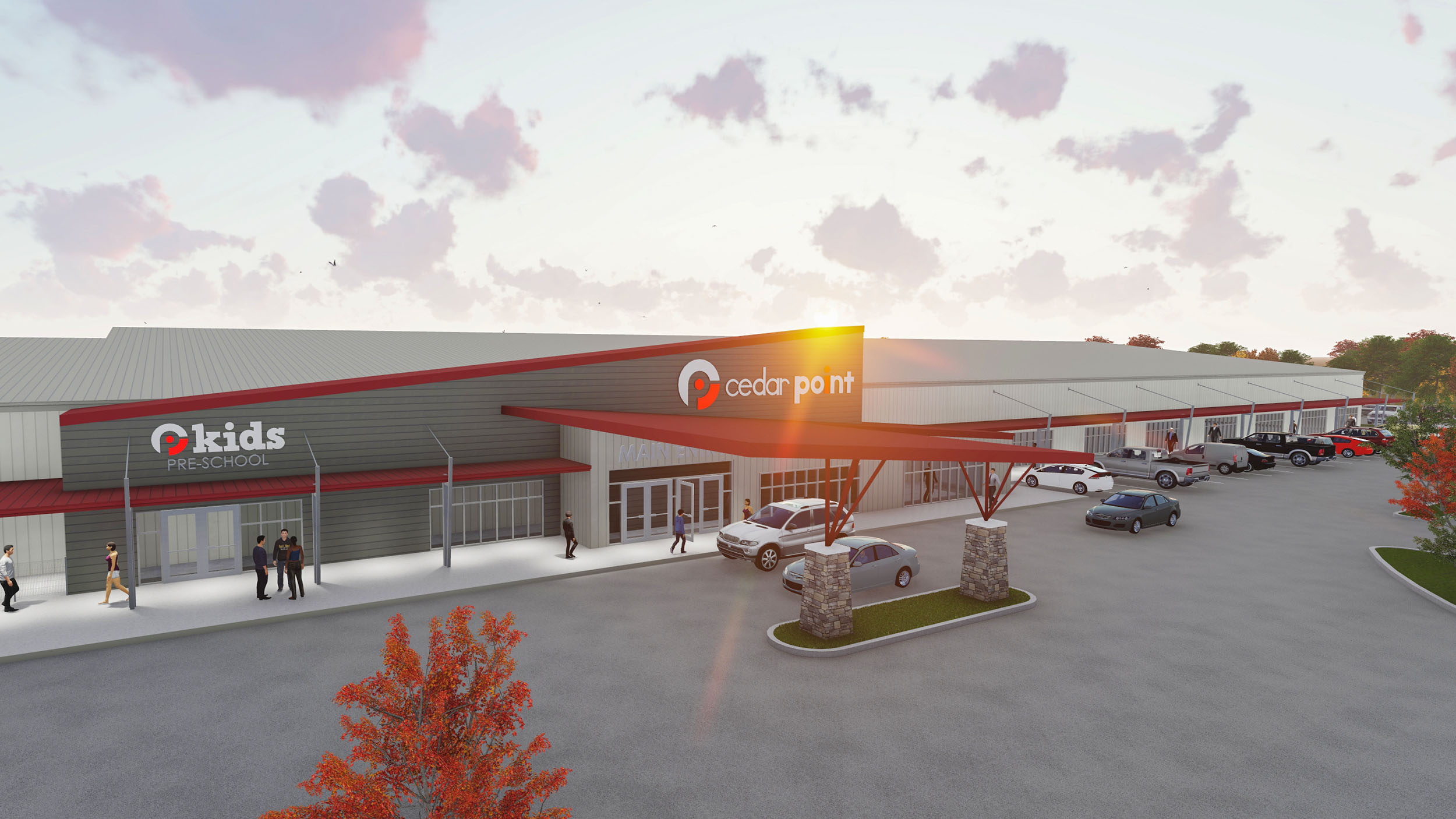 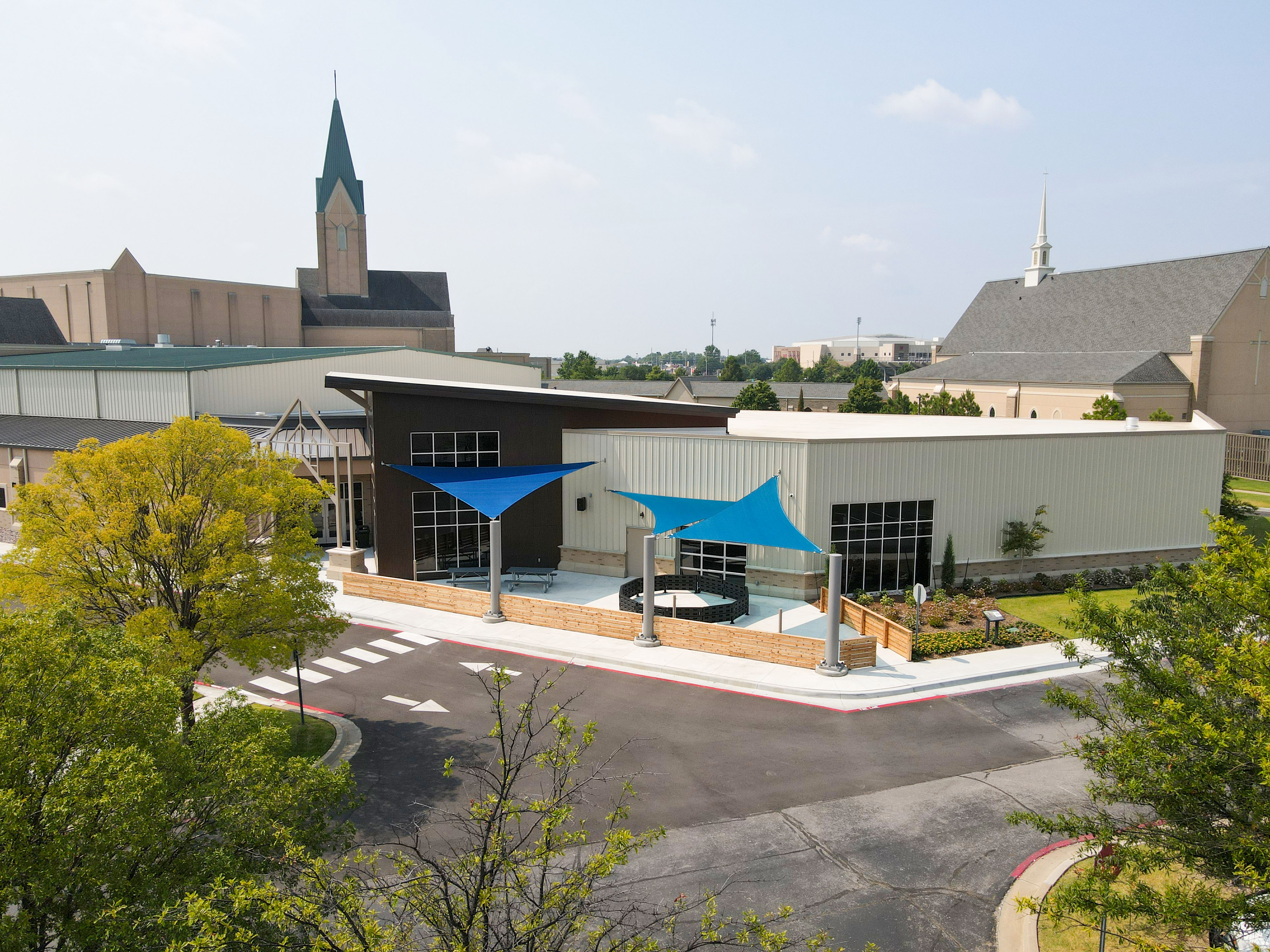 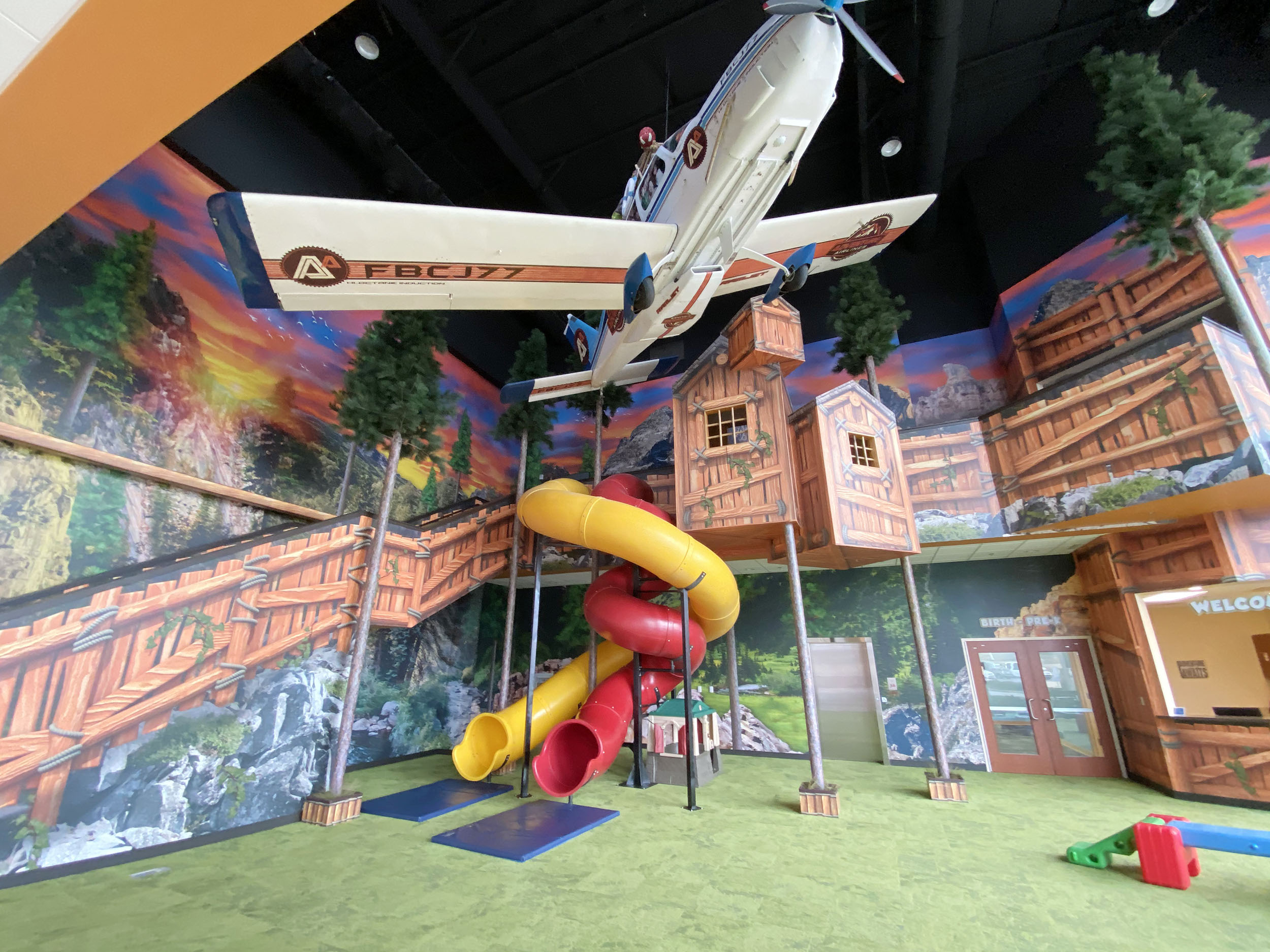 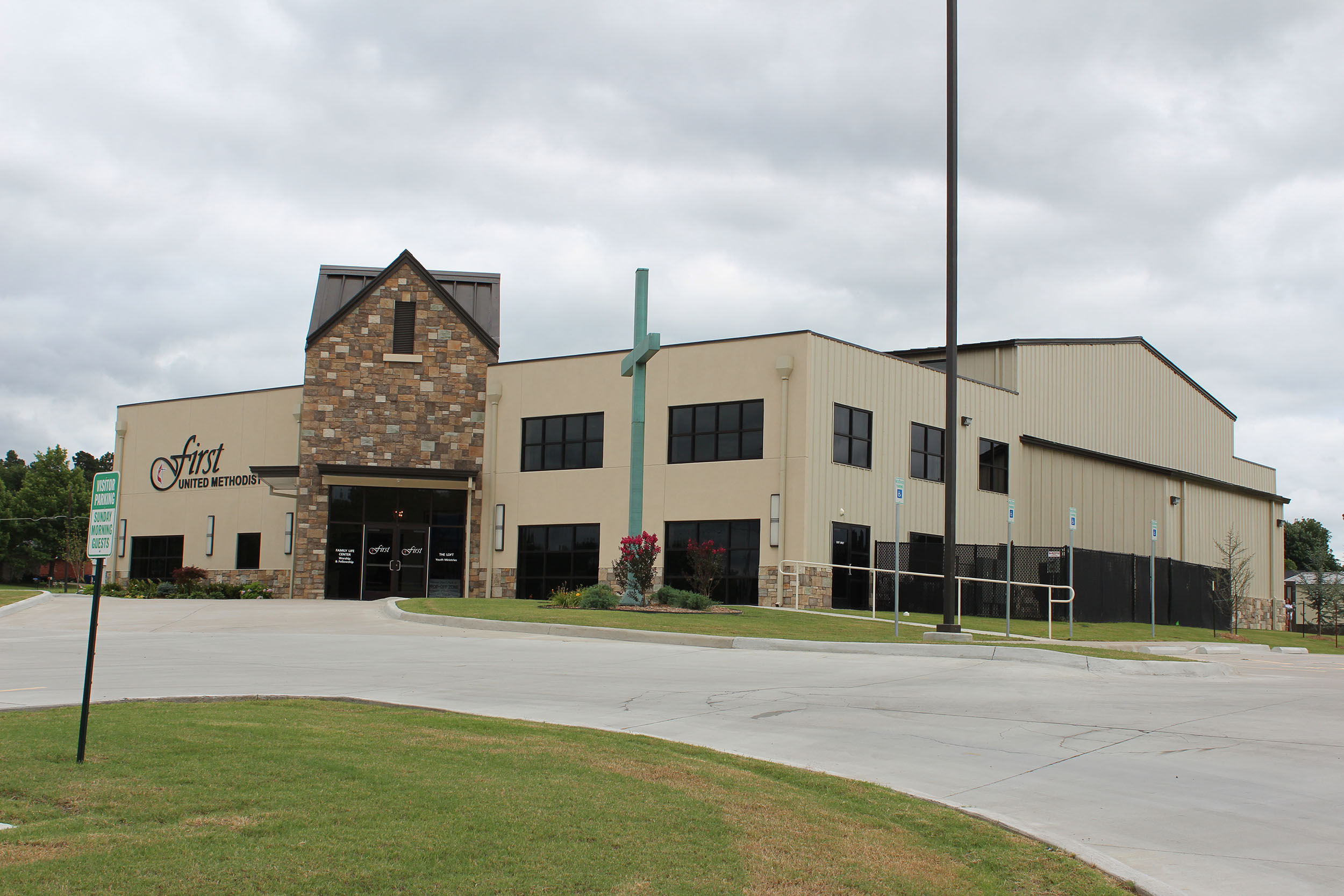 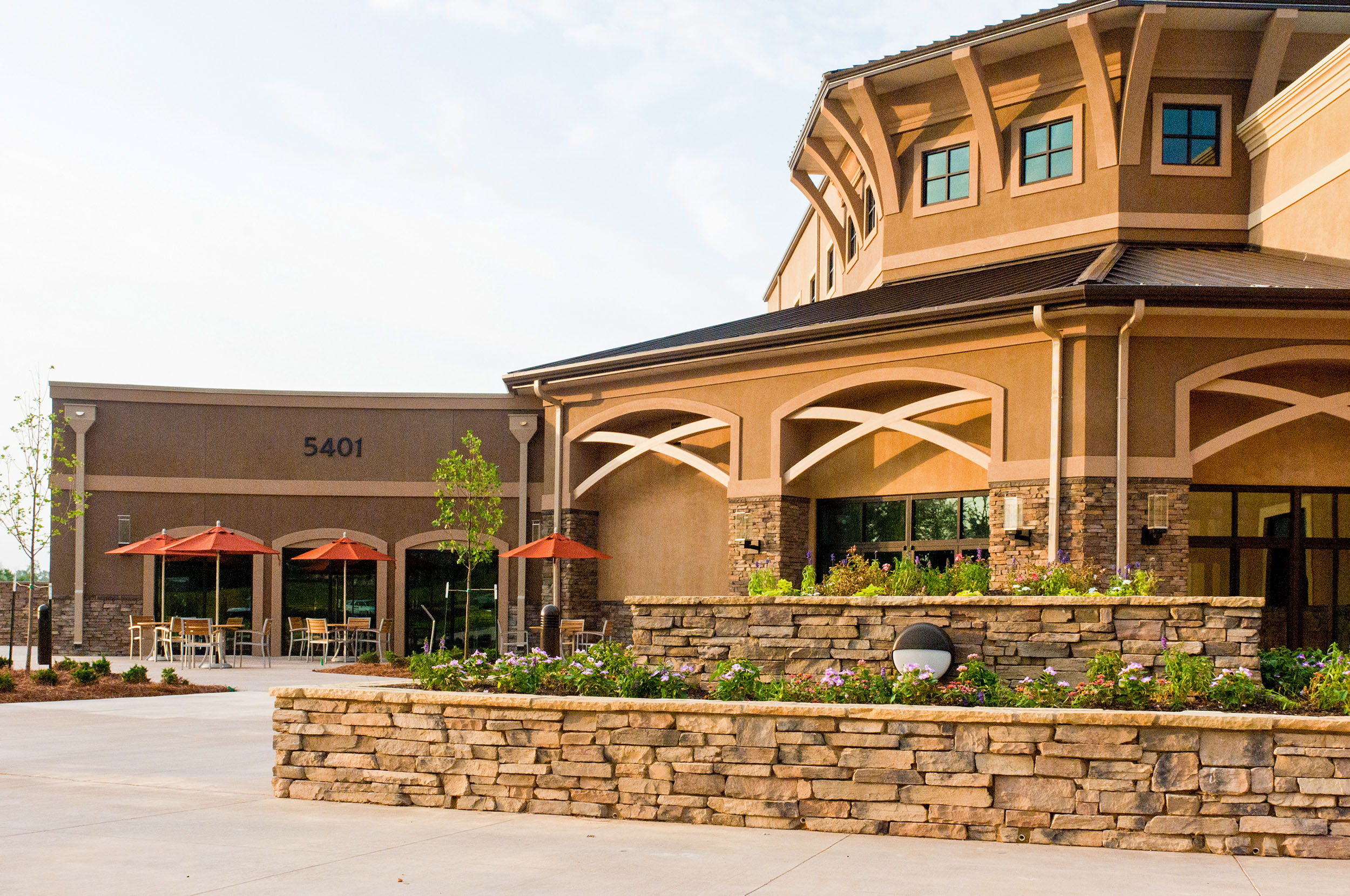 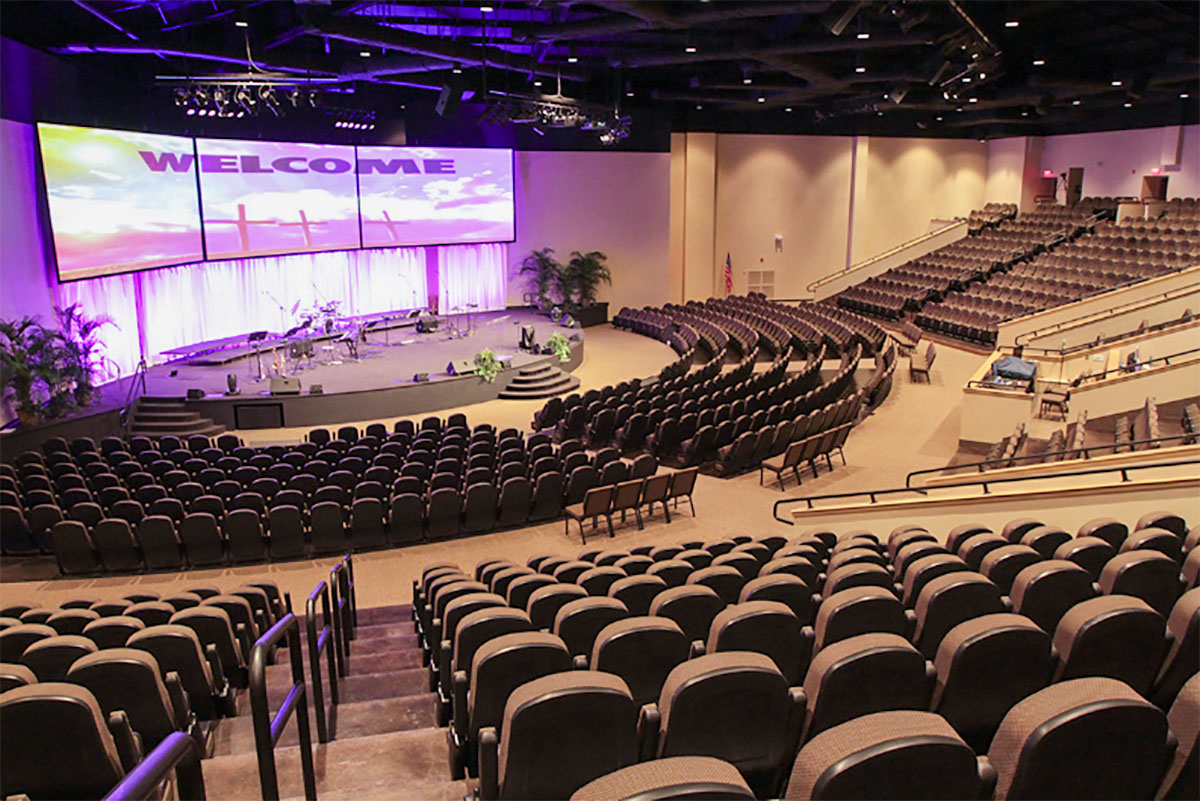